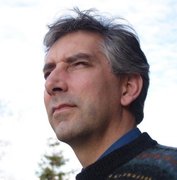 Martin (dad) aspired to be an architect from a young age and though never formally trained, maintained a passion for architecture throughout his life eventually embarking on a career in architecture at the age of 40 when he jointly set up a local Chartered Architects practice. Within this practice, Martin produced some of the most outstanding building designs in the region and is often invited to lecture on his approach and design philosophy as well as his innovative building methods culminating in the creation of the Ecofab system in 2006. Martin was fortunate to be mentored by retired architect Gordon Collins, former senior partner of Sir Basil Spence with whom he worked collaboratively during the early 1990s. Martin remains indebted to Gordon for his inspiration, creativity and general support throughout his early years as a burgeoning designer.
​ 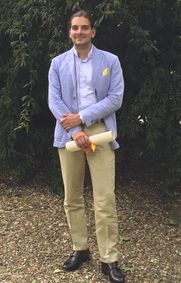 Joshua did not escape this passion for design permeated through life in the family home. Never more happy than when making something or in the process of creating, Joshua undertook the design of his first house, Koeschi, at the age of 19 and spent the next three years building this with his family for his future. In 2009, Joshua was accepted into the Architectural Association in London where he completed his first part of his training over the following three years. During this period, Joshua was fortunate enough to win scholarships enabling him to study in Japan and across Europe in Rome, Germany and Italy. In 2012 he represented the Architectural Association designing and project managing their exhibit for the Biennale in Venice marking the centenary of Le Corbusier with a re-think of the domino house. Joshua was also fortunate enough to work in the Renzo Piano workshops in Genoa. He resumed his final two years at the AA in 2015 and was one of only five students awarded with the AA diploma with honours at this year’s graduation ceremony in  2017. 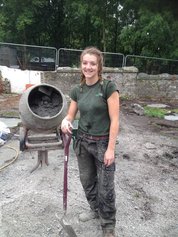 ​Leah has an innate and natural ability in all things construction related. A fast learner, Leah has cut her teeth on her own building project developing a broad range of on-site construction skills, design skills and project management skills. Her preferred place remains on site, being very hands on however; she has also developed great administration and bookkeeping skills behind the scenes to keep everything running smoothly. Through over 10 years working within the hospitality industry, she has developed an excellent rapport with people, great people management and superb attention to detail. Her endeavours have attracted public attention with local articles singling out the achievements of this young woman. Her focus remains property development and establishing secure business with innovative, stimulating designs.
UA-90114645-2